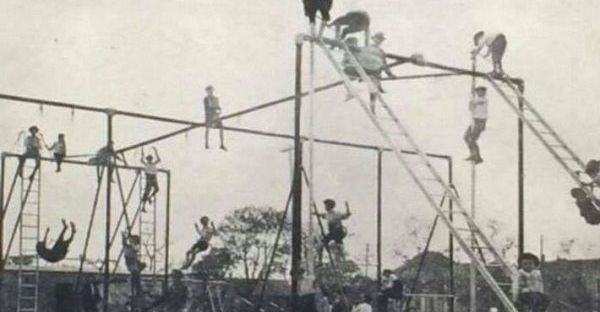 To say I love my kid is the understatement of the century.

I’ve nurtured him, protected him, fussed and worried about him. I’ve moved from inner city to country and halfway back again because I thought it would be in his best interest. I’ve chosen schools that were way more than I could afford as a single mum, but to hell with it, I wanted him to have the best schooling I could manage.

But has my fierce vow to get him to adulthood safe, well and happy robbed him of necessary lessons in survival and making tough choices? I’m not sure. Maybe. Perhaps time will tell.

The other day, I saw a guy riding a motorcycle with a baby strapped to his chest. At first, the sight fried synapses in my brain and I simply drove for a couple of kilometres down the road on auto pilot thinking, Is that legal in Australia? Is that a safe thing to do with a baby? What if the guy has an accident?

I posted my experience on Facebook and quickly there was a divide in opinion. Some thought it was an outrage and I should have called the police. A couple of others thought that, under the right circumstances, what he was doing was fine, and plenty of reminders that overseas the sight would have been commonplace. Some shared stories of near accidents as kids, one bloke reckons he gave his kid a scalpel to use for whittling wood (yep, the kid still has all his fingers, I checked).

But this all got me wondering if maybe I was too much of a cautious parent. I mean, I didn’t freak out if my son ate dirt playing in the garden. We always had a dog. In fact, it was the dog who taught him to walk. But in other safety-related areas, I must confess, I hovered, always keeping a careful eye on him.

I’m working hard to turn off the “protect at all costs” switch that got flicked on when I found out I was pregnant, and I console myself with the fact that I probably wont suffer too much guilt later in life because I really did try my hardest to be the perfect parent (I failed, obviously because perfect and parent are two words that don’t belong together). Making the wrong choices though, that’s another story, because, ironically, he still thinks I should have stayed in the city and sent him to state school.